Whilst air conditioners and freezers are familiar examples of heat pumps, the term ‘heat pump’ is more general and applies to many HVAC (heating, ventilating, and air conditioning) devices used for space heating or space cooling. When a heat pump is used for heating it employs the same basic refrigeration-type cycle used by an air conditioner or a refrigerator, but in the opposite direction – releasing heat into the conditioned space rather than the surrounding environment.

In heating mode, heat pumps are several times more efficient in their use of electric power than simple electrical resistance heaters and this ratio is called the Coefficient of Performance (COP). Typically, the heat transferred can be three or four times larger than the electrical power consumed, giving the system a COP of 3 or 4.

The only moving part is the pump itself which is normally electrically driven and therefore emits no on-site air emissions. 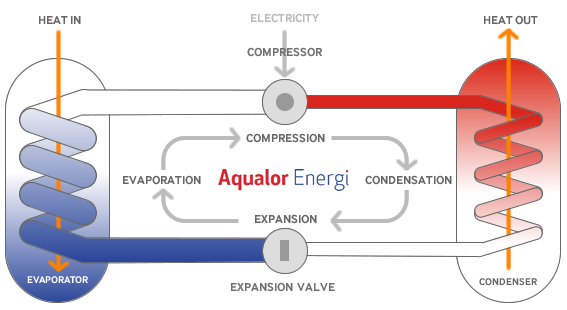 Based on DECC’s (Department of Energy & Climate Change) predictions for decarbonisation of the national electricity grid, heat pumps are rapidly becoming an extremely low carbon source of heat (or cooling) whilst use of gas retains the same carbon footprint.

Whilst the source or sink for heat may typically be air, ground or water the latter has significantly the best thermal mass and hence Aqualor is mainly concentrating on Water Source Heat Pumps as these are well placed to deliver heat at scale to suit major energy centres and district heat networks.

The opportunity to provide cooling as well as heating makes a very viable scheme as a heat pump can re-use the heat from the cooling process to provide the heat, and vice versa.

We still see schemes that are installing gas systems to deliver cooling and at the same time a gas system to deliver heat. This makes little sense as a heat pump would be far more efficient with spare heat (or coolth) being stored in the pipe network or if appropriate in a storage vessel too – until required. 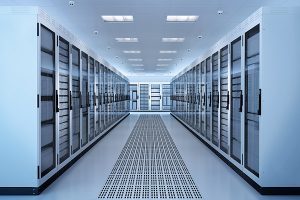 A heat pump is more flexible in its operation compared to a Combined Heat & Power (CHP) Plant which needs to be operated within a fairly restricted performance range. Consequently a CHP requires use of a boiler for periods of low heat requirement and for peak loads. In addition CHPs will have periods when power is being produced but the resulting heat is more than required, leading to the need also for chiller capacity. 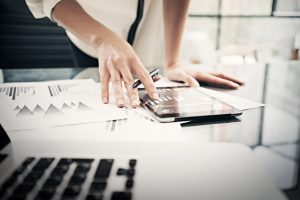 Consequently where a suitable energy source is available to serve a large-scale heat pump its advantages over a CHP are typically:

There are a considerable range of suitable water sources in the UK – both obvious such as the sea, rivers and lakes as well as more the obscure such as aquifers, underground streams and groundwater in gravels.

Water Source Heat Pumps may be used with flowing or standing water but, if the latter is used, then one must take care to ensure that the points of flow and return are far enough apart to prevent a ‘short circuit’ of water between the flow and return. The means of accessing the water may be either be open loop system – with an inlet and an outlet as would typically be used in flowing water, or closed loop – using a flexible ‘slinky’ pipe that is immersed in the water. The latter would generally be used in a flooded mine, for example, especially as mine water is often acidic. 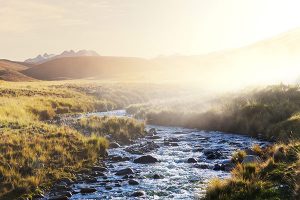 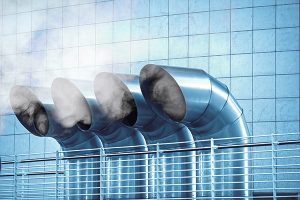 In respect to power stations it is possible to capture heat from the cooling water and/or from the flue gases. There are many precedents from mainland Europe where heat is now being captured from considerable energy lost to atmosphere from power stations in the form of flue gases.

In addition, Aqualor Energi is also interested is opportunities to use hot or warm air from industrial or commercial processes. The Bunhill Phase 2 scheme in Islington, London is to use ventilation air from a major substation and London Underground ventilation shaft to provide heat to the existing district heat network.

CFCs were used in heat pumps that were harmful to the atmosphere if released but we select those using non-harmful solutions such as ammonia.

The heat pump technology was invented by Lord Kelvin in 1852 and Peter von Rittinger built the first heat pump in 1855-1857.

Water Source Heat Pumps first became popular at a commercial scale in Switzerland during the Second World War when oil and gas were hard to obtain and hydro-electric power was plentiful.

"Ground source heating and cooling systems have the potential to heat 300,000 UK buildings by 2020."

Aqualor Energi develops, funds and operates low cost energy centres and district heat schemes centred around use of heat pumps of 1MW and above.